We continue our journey through the decades taking a chronological look at horror, science fiction and fantasy movies from 1944-49. 112 films and 9 serials are discussed with separate pages dedicated to Film Legends! 256 sumptuous colour pages. Hardback. Only 500 copies
MORE INFO 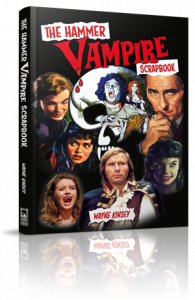 We proudly present the fourth volume in our successful Hammer Scrapbook series. The Hammer Vampire Scrapbook celebrates four Hammer classics; The Brides of Dracula, The Kiss of the Vampire, Vampire Circus and Captain Kronos Vampire Hunter. 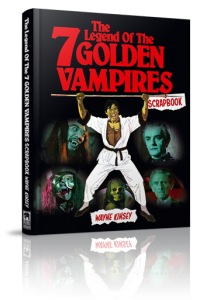 Hammer Horror! Dragon Thrills!
With the first two volumes of our Hammer Scrapbook series sold out (Dracula and Frankenstein), we now present the third in our limited edition series concentrating on Hammer’s cult 1973 co-production with Hong Kong’s Shaw Brothers Studio, The Legend of the 7 Golden Vampires. 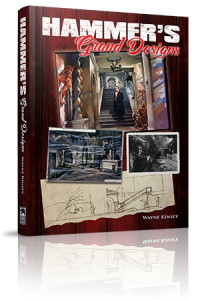 Many agree that it was the quality of Hammer’s sets that distinguished them from their rivals as their ornate castle interiors with their bold exteriors gave the impression the films had much bigger budgets than they had. From The Quatermass Xperiment (1954) to To the Devil a Daughter (1975) we take a film by film look at the work of the art department. 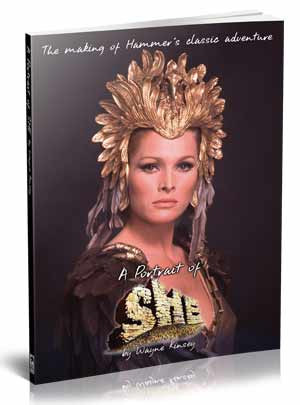 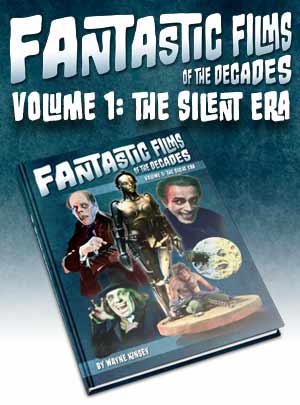 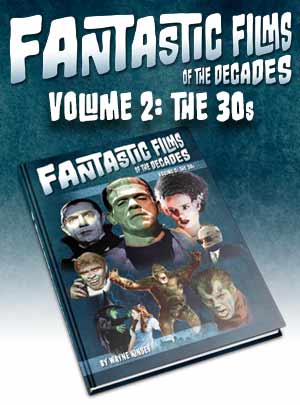 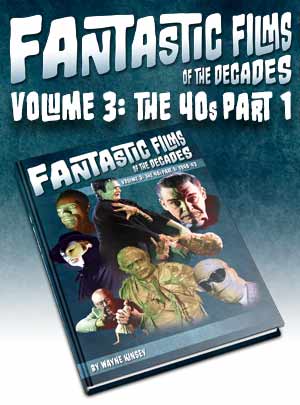 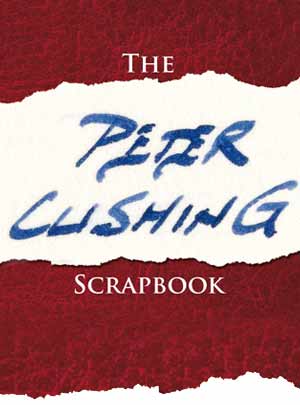 Please note: Now he has retired Wayne hopes to be travelling a lot more and so will be away from his computer a lot more. At times of demand (launching a new book) and when he’s away, orders will therefore be slower in getting out. We will endeavour to post your books as soon as we can, but during these times it may take a few weeks for UK customers, so don’t panic. As airmail continues to be high for USA/outside europe, we still use only surface mail for these regions which takes around 6 weeks. On ordering you should receive an email from PayPal which is your receipt as we can’t always send a separate email to acknowledge orders. The web site email address goes straight to Wayne and we ask also for your patience if he is late replying to your queries when he is away from his computer.

Peveril Publishing has been set up to bring you affordably priced books based on all aspects of ‘fantastic’ cinema (horror, sci fi and fantasy). These collector’s editions are sold from source to keep cover prices low and allow us to inject as much colour into them as possible, which is not possible with many other small publishing companies that have to give large cuts to retailers.

The company brings together two individuals that are long associated with quality publications:

Steve Kirkham
Steve has been a designer longer than he cares to remember and a movie fan even longer… He has worked closely with Wayne on several of his past books as well as other books including Zulu – With Some Guts Behind It, Boris Karloff – More Than A Monster, The Battle For Bond and many more. He has also been responsible for the design work on hundreds of DVD sleeves plus is involved in the pre-mastering of many DVD and Blu Ray titles. He also a partner in a collectable trading cards company – www.unstoppablecards.com. In his spare time he runs a Blu ray label and even tries to squeeze in watching the odd movie!